The Rival Party – Scoundrels to Frustrate, Motivate, and/or Obliterate Your Players

Create a more convincing world that the players can emotionally invest in by having a recurring team to pit against them.

Group politics, motivations, magical and mundane loot, scaling instructions, and combat behavior—all are included and more, making it easier than ever to throw an unexpected wrench in the party’s plans.

Challenge your Party with Skilled Equals

Sometimes players can really take their time, can’t they? Carefully researching every problem, chasing down every lead, and moving as cautiously as possible while keeping an eye for traps. But what if you want to light a fire under them?

Introducing this group of ne’er-do-wells to frustrate, motivate, and/or obliterate your player characters! 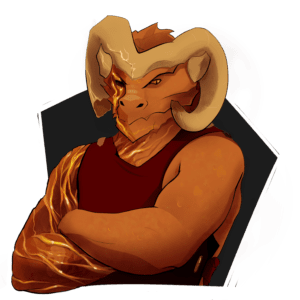 Hound your players with this band of rascals: 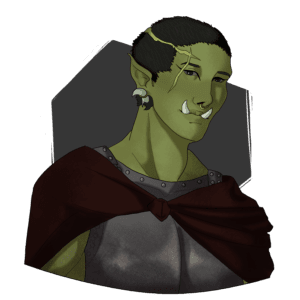 Throw a Party at your PCs

These, ahem, fine folks can be deployed as a tough encounter or as an ongoing threat. We’re partial to the latter, but regardless, they are a terrific way to add the weight of consequence to PC decisions.

Did they piss off someone moneyed or connected? This party might have caught wind of a massive bounty on their heads. Perhaps the PCs aligned with one side of an ongoing struggle, and this party is working with the other.

Maybe the PCs find themselves chasing a powerful artifact that this party also has designs for.

The biographical bits provided are meant as fodder for social gameplay. The statblocks contain all you need to run this party. Remember that these characters have full death-save benefits. They don't simply flop over dead when brought to zero hit points. Communicate that clearly to your players, as they'll likely want to make sure downed enemies stay down.

This rival party themselves will hit downed PCs whenever they can, or at least work to stop them from being brought back up. They know how this works, too.

3 reviews for The Rival Party - Scoundrels to Frustrate, Motivate, and/or Obliterate Your Players

Only logged in customers who have purchased this product may leave a review.